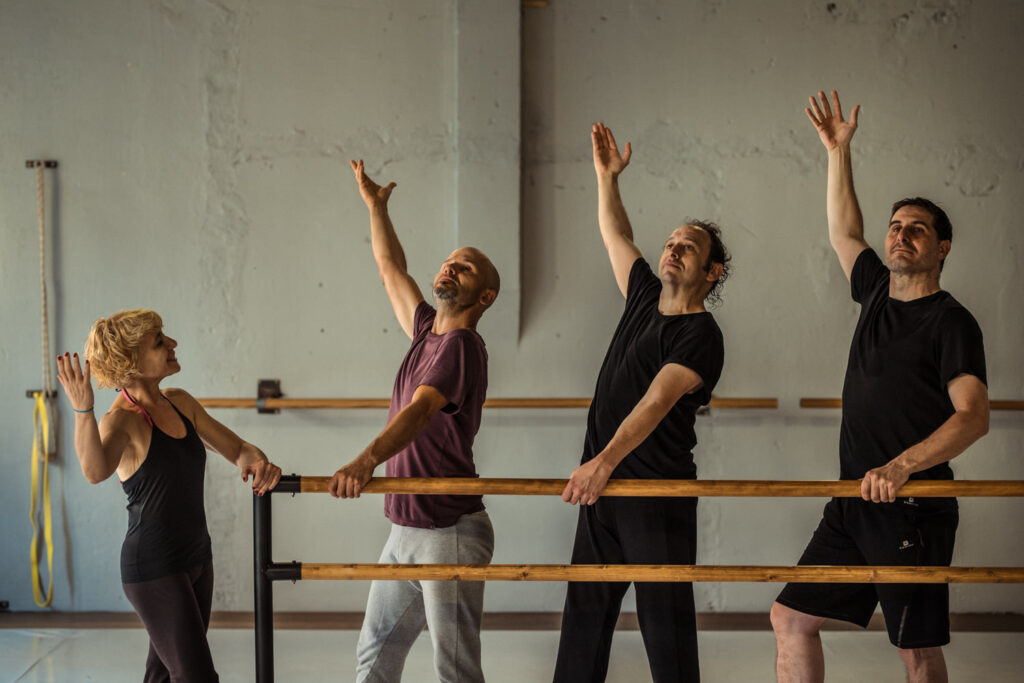 With all the enthusiasm, we announce that Sol Picó, one of the most recognized and heterodox artists of contemporary dance, will direct the next creation of La Baldufa. A show for family audiences in which the three members of La Baldufa, Enric Blasi, Emiliano Pardo and Carles Pijuan, will experiment with dance, a discipline hitherto unknown by the company.

La Baldufa has always been motivated by mixing, scenic miscegenation, unconventional creation, and challenges. That is why, for this new show, we decided to reinvent ourselves, play like children and communicate with a new body language. And we do it with the best partner, Sol Picó, choreographer and dancer, with more than 30 shows behind her and with her own label also based on mixing and miscegenation.

It will be a show of reflection towards one's own limitations. Three non-dancers make the limitation of not knowing how to dance, into the strength of the show. The visual and creative universe of La Baldufa will also be present in this new production. We want to create a theatrical context and be able to tell a story through movement or, at the very least, suggest different sensations and emotions.

The project is part of the line of Support for the production and exhibition of the Mostra Igualada, where it will be officially premiered in next year's edition, in April 2022. The show is also co-produced by the GREC Festival of Barcelona and will feature the collaboration of the Festi'Mômes de Questembert Communauté festival, the Cánovas Theater in Málaga, the Teatre Municipal de l'Escorxador in Lleida and the Sismògraf Festival in Olot.