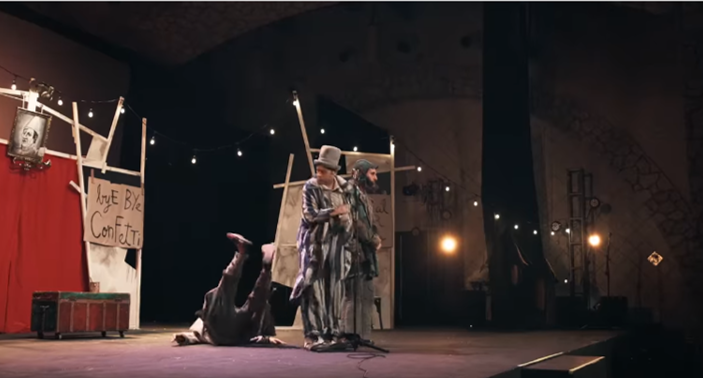 This October we packed our bags and took our show Arrivederci, Confetti to the 16th "Festival de Tradiciones de Vida y Muerte" of Mexico.

Between October 30th and November 3rd we performed 9 shows of the show, within the framework of this multidisciplinary festival of performing arts that takes place at Xcaret Park in Mexico (Playa de Carmen), a park that gives place to nature, culture and tradition. It is an annual event that hosts shows from all over the world and also shows the most significant cultural and traditional representations of the Mayan world around the Hanal Pixan, which is the celebration of the day of the dead in the region of Quintana Roo.

Arrivederci, Confetti fit perfectly into this framework, as it is a show that speaks of mourning, where three clowns mourn the death of their leader, Confetti. To bring the show to Mexico we designed a specific set design that was built by the Park, and from here we brought the props and costumes. 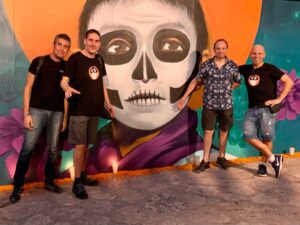 The expedition, initially planned for 2020, had to be postponed due to the pandemic and has not been possible until now.

We are very happy to have been able to be part of a program with Mayan, Mexican and international artistic proposals, in a park that gives so much importance to ecology and culture.