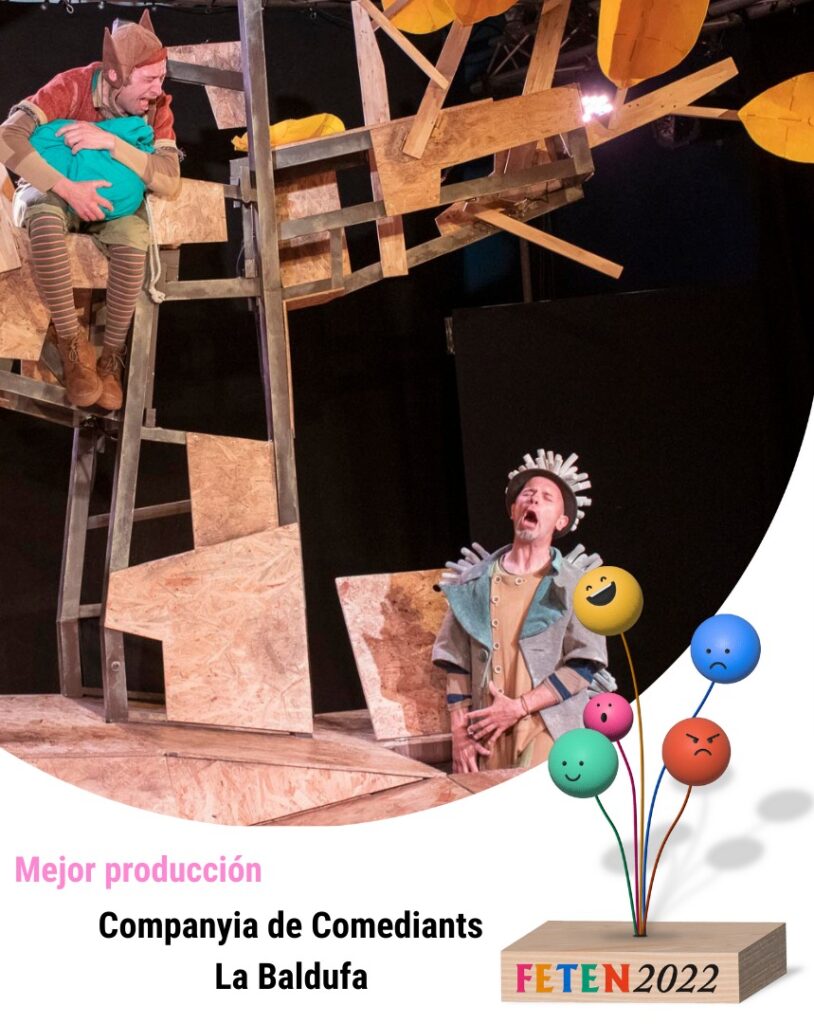 The Fable of the Squirrel, Prize FETEN for the Best Production and Best Set Design

We are very excited to have been able to be back at FETEN and also to return with two awards under our arms! In this last edition, our show La Fábula de la Ardilla has been awarded twice with the FETEN Award for Best Production and Best Set Design

FETEN was held from February 13 to 18 in Gijón, and has had nearly 200 performances by 76 companies, including the Lleida-based companies Sidral, Festuc, Centre de Titells, Mag Lari and La Baldufa. Companies from 14 autonomous communities and from France, Belgium, Italy, Portugal and Argentina have been represented in FETEN.

Many thanks to the organization for having trusted us once again and congratulations to the rest of the award winners!