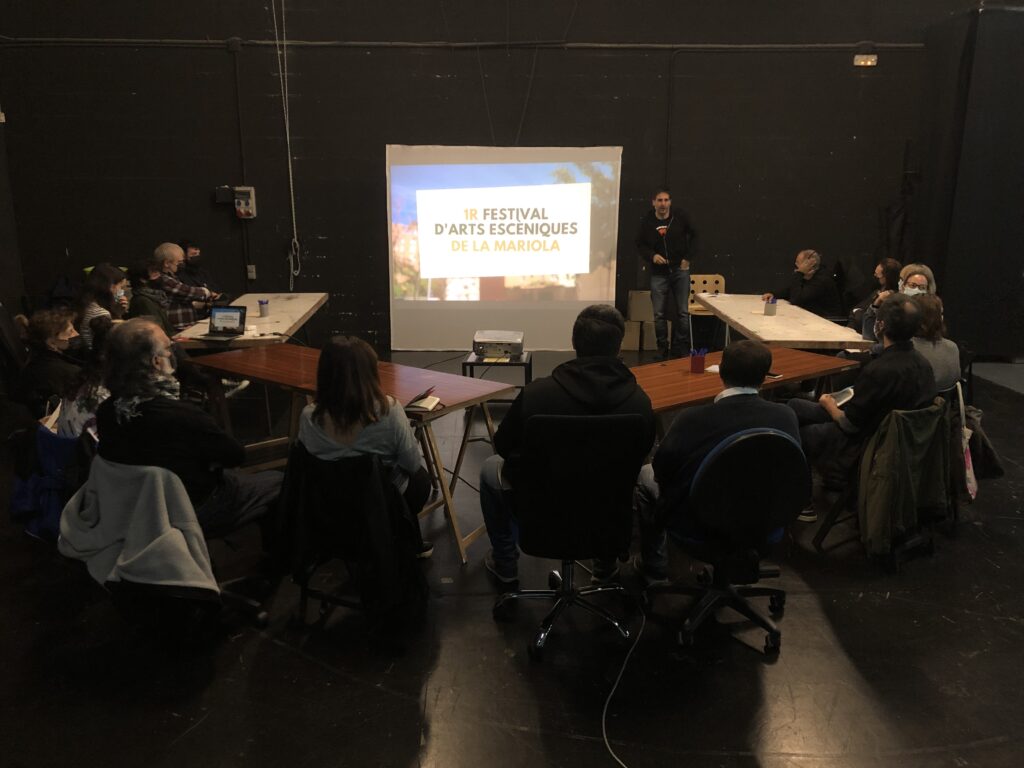 We are preparing something big... New Performing Arts festival in the oven!

Following the order of the Commission of Culture of the Consell zona 09 "Mariola, Turó de Gardeny and entorns",  we are launching a performing arts festival in the neighborhood that we hope will come soon!

The company feels theater as a commitment to society. We firmly believe that culture is fundamental for the people growth; it fosters values, feeds the critical spirit, brings people together, makes them grow, excites....

Thus, for years, we try to do our bit in the neighborhood and regularly organize activities around culture and theater, such as workshops at the Magí Morera School, the theater festival around St. George or the Passallibres.

Last Thursday we took a step further on this path and held a first meeting with the cultural sector of the city, neighborhood education and social sector, to begin to create complicities to launch this new festival of performing arts in the area.

The idea is to create a cultural and social project for the neighborhood with two clear aspects:

Although we are still in the beginning, we start this new project with great enthusiasm and we hope we can also count on many complicities along the way!