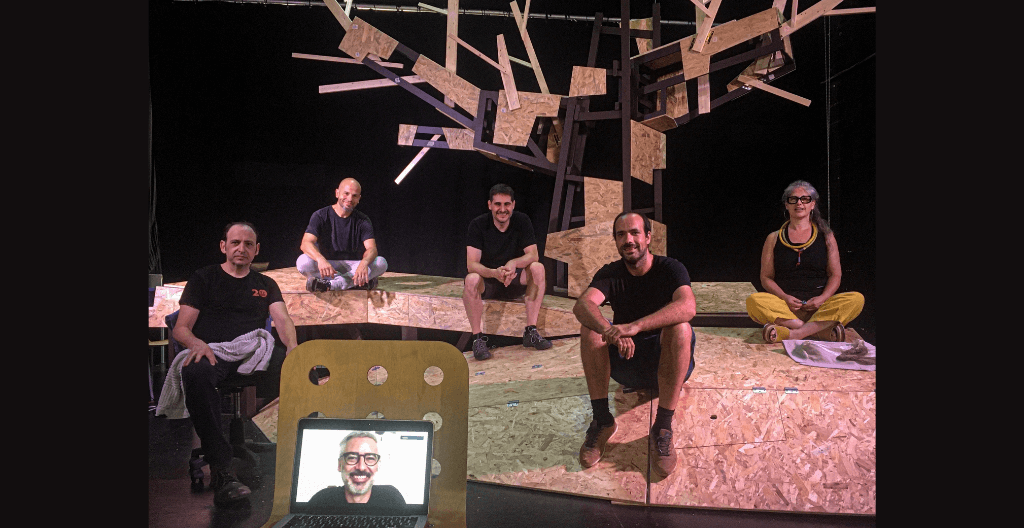 We are resuming the rehearsals of The fable of the squirrel

In August and throughout September, the team of La Baldufa and some new additions meet up again, to make progress with the creation of the new production, The fable of the squirrel, the premiere of which is scheduled at Teatre Conservatori in Manresa, on Friday, October 16th, 2020, at 17:30, as part of the Fira Mediterrània.

With two actors, this show incorporates a third person on stage, Pau Elias, who, on the piano, will perform live the music of our lead composer, Óscar Roig.

Jokin Oregi is once again the director of this production that draws from folk tales and fables of literary tradition, and talks about diversity, generosity and coexistence between two animals, a squirrel and a hedgehog, who will have to find a way of living together.

Once again, the costumes are by Rosa Solé, the wardrobe artist who we love so much. Miki Arbizu will put the lights and the shadows in the show, to carefully accompany all the drama and, also, the scenery, as usual, by Carles Pijuan.

We hope that COVID19 will let us close and premiere this show in which we have spent many hours, and much creativity and enthusiasm.