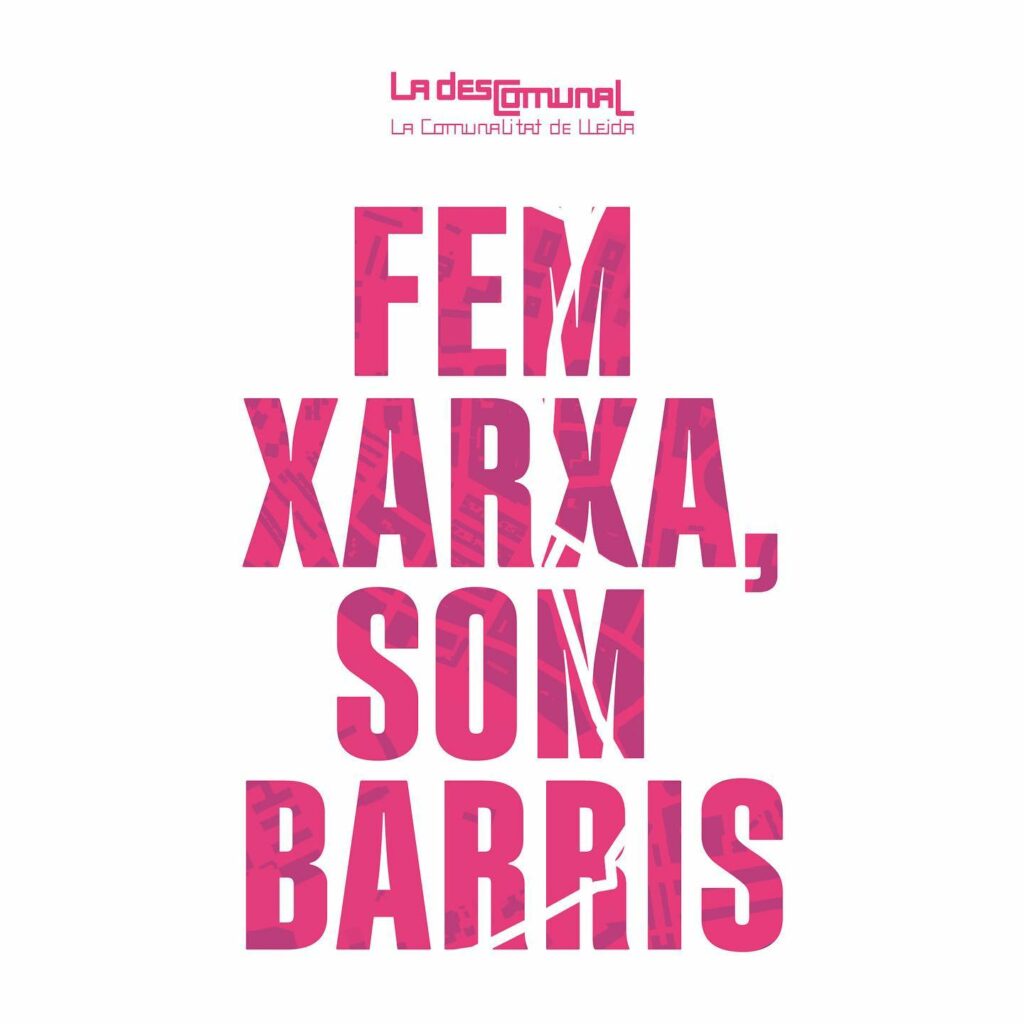 We launch La Descomunal, the first urban community in Lleida

Since last February, La Baldufa, together with the Fundació Champagnat, the UE Gardeny and the City Council of Lleida, we have launched La Descomunal.

La Descomunal is the first Urban Community of the city of Lleida. The Urban Communalities are an initiative of the social economy program of the Department of Enterprise and Labor of the Generalitat and aim to improve the commons and create new mutual aid projects that generate a social and unique impact in each territory, especially for those people who are in vulnerable situations. Currently, 22 communities have already been created throughout Catalonia. 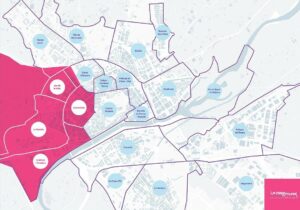 In our case, the project is applied in Zone 09 of the city of Lleida, with the neighborhoods of La Mariola, Turó de Gardeny and Blocks Juan Carlos (a space characterized by a strong socio-territorial fragmentation and where eminently working class families with many economic and social difficulties reside); also in the neighborhoods of Instituts, Sant Ignasi, Escorxador, Pius XII, Universitat, Joc de la Bola and Horta de Lleida.

The objective is to protect and strengthen the economic and community network through the social and solidarity economy of the city. All this, giving value to new mutual aid projects that can be born from the efforts of the neighborhood and associative network, local commerce, mutual support networks and working people. Specifically, we work from three lines of action: the Enre9 network (culture), the Remou network (sports) and the Enter network (labor insertion).

We firmly believe in culture as an axis of social transformation and with the project of La Descomunal we want to generate actions, projects and events that are motivating for the area. We focus especially on the core of the area of La Descomunal, Zone 09, a space where, historically, there has been no cultural programming of popular access.

Today, from this network we have already launched some proposals: